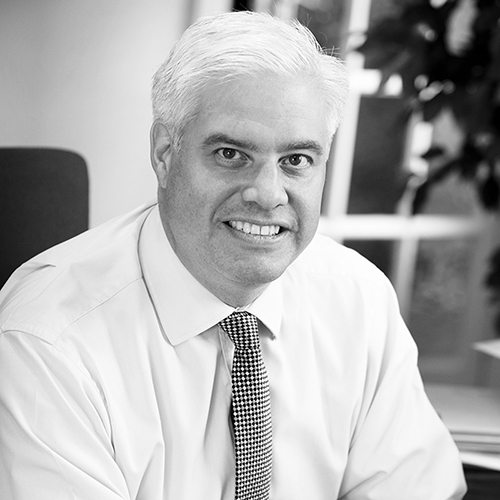 Posted at 07:42h in Barton Wyatt by Editor

60 Seconds with… James Wyatt, Partner of Barton Wyatt an award-winning estate agency selling to the rich and famous on the Wentworth Estate in Surrey.

What does it say on your business card?

It says James Wyatt – Partner. But to be honest I rarely use business cards these days – they are a bit old hat. More likely to connect on LinkedIn or have a tweet chat!

Barton Wyatt is a family business – when did you first get involved?

Well when I was born we lived in a flat above the office where it is now, so it would be fair to say I have lived and breathed Barton Wyatt since infancy. By the time I was 10 I was used to helping with envelope stuffing or good old fashioned leaflet delivery. On leaving school I was ready to embark on a full time position – which I did in another agency in Weybridge and then in London. My father felt it only correct that I earned my stripes elsewhere before returning to the family business. So officially I started at 21 – 27 years ago!

What makes Barton Wyatt different from other local Agencies?

I am glad to say there are no poor agencies in the local area and we all generally enjoy a great working relationship. We have to as we often work together as joint agents for house sales. However I do believe we are different – we are not a large corporate and demands are not being made of us by share-holders in the City. This means we can be adaptable to create the best possible environment for our clients and our staff.

We are all very passionate about what we do here and will often go the extra mile to be the best. I guess that is one of the reasons we have won so many awards. Our customers certainly do return time and time again. I have sold some people in the area half a dozen houses as they have upsized, side stepped and now downsized over the years.

How do Wentworth and Virginia Water differ from other local villages?

There are lots of lovely villages in the local area but Wentworth really is a bit special. As soon as you turn into any of the private Estate roads you do feel that you are entering a slightly more exotic land. The lanes are extremely leafy and the houses are set far back from the road. You can really only glimpse the odd balustrade or column as you pass past often very lavish gates. People here are terribly private – they don’t want passers-by gazing into their lives and many go to extreme lengths to remain hidden.

On the flip side when you are at Wentworth Golf Club it is wonderfully sociable. There are kid’s events, golf tournaments, tennis tournaments, annual balls, charity events galore and all sorts to get involved in so there is no need to be lonely if you live on Wentworth.

What has attracted so much wealth to Wentworth?

There is no denying it, Wentworth is classy and this air of glamour and sophistication is the thing that lures the rich and famous to buy a ring side seat on these illustrious courses. The central part of the Wentworth Estate is known to the locals as ‘The Island’. This just adds to the feeling of exclusivity that seems to pervade the whole area. And with a long list of rich and famous on your doorstep it would be hard not to be impressed.

What is the best bit of your job?

No day is the same. I could be discussing an investment with a local, then letting a house to an American, followed by a meeting with a foreign Royal, then with a famous Film Director to deal with. It can be great fun.

I would say typically savvy and confident. Most residents are at the top of their trade, captains of industry and, very often, business owners. A large percentage of the estate is multi-national – the list is endless as tides shift on international business. Currently there are many Middle Eastern families, Malay, Russian, US and Kazaks. Many of these families are renting, so every three years the make-up of parts of Wentworth changes as the corporate mood alters.

What does 2014 hold for Barton Wyatt?

Judging by current activity it is going to be ferociously busy. We have had a very sedentary period in sales – really ever since stamp duty was massively increased. Lettings continued to thrive but sales were horribly quiet. The London ripple affect at last appears to be nudging at our doors and, within a matter of a few weeks, things have become incredibly hectic. I would suggest that if this level of interest and activity continues then Wentworth should be set to see a 10% growth in property prices for 2014.