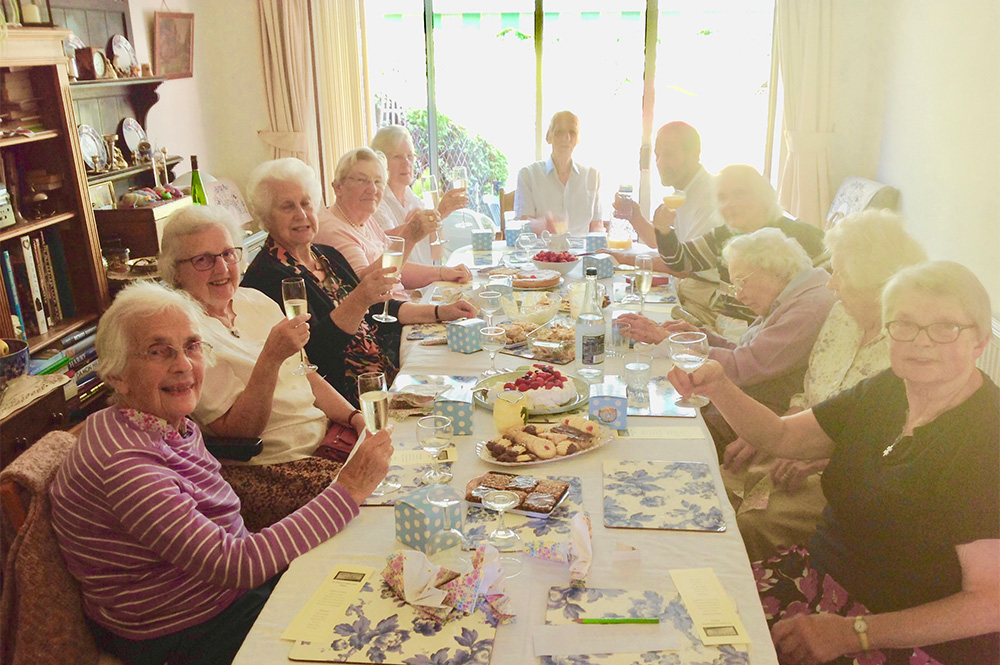 24 Sep A Celebration of 60 Years as Neighbours

Posted at 18:51h in Virginia Water, Wentworth by Adil

WG Tarrant was a well-known local builder and developer in the 1920’s and 30’s. He owned and developed Wentworth Club in Virginia Water, and many of the houses as well as the distinctive mock Tudor Station Approach shopping parade.

During the Second World War Tarrant’s company was purchased by Sir Lindsay Parkinson & Co and from the mid 1950’s they actively developed homes in Virginia Water including 106 Houses and Bungalows in Harpesford Avenue.   In 1958, prices for the homes in Harpesford Avenue and the two roads of Hillside and Sundon Crescent started at £2450 – that would seem like a monthly rent now for some of the homes.

Jill Charrison and her late husband Alan Charrison purchased their home in Harpesford Avenue in 1958 and raised their family, son Guy and daughter Melanie there.

Jill thought it would be interesting to see how many of the homes were still owned by the original owners and found that there were 13 ‘originals’.  Jill, a wonderful cook and hostess, decided it would be fitting to celebrate 60 years as neighbours and to hold a special festive lunch at her home inviting her original neighbours. All bar John Whatmore and his son Jonathan Whatmore were able to attend.

This very special and enjoyable event took place on Sunday the 2nd of September when Jill hosted the lunch and was helped by Melanie.   The gathered neighbours knew from past experience they would be in for a treat and they certainly were. The sun shone beautifully and a magnificent lunch was prepared and served which included a choice of Main Courses of Roast Lamb, Chicken Casserole, Steak and Kidney Pie, Cold Poached Salmon and Salad and Desserts of a Fruit Bombe, Brown Betty, Bakewell Tart, Pavlova, Fresh Fruit and a Pear Flan.

A very memorable and enjoyable afternoon and evening was had by all and no-one went home hungry, but just in case, each person took home a exquisitely decorated mini fruit cake with their house number on.

Our thanks for this report to Guy Charrison FRICS, a consultant surveyor and auctioneer – who started his long and successful career at Barton Wyatt. 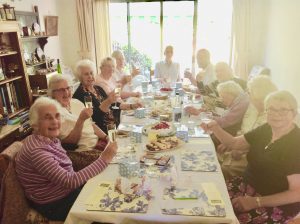