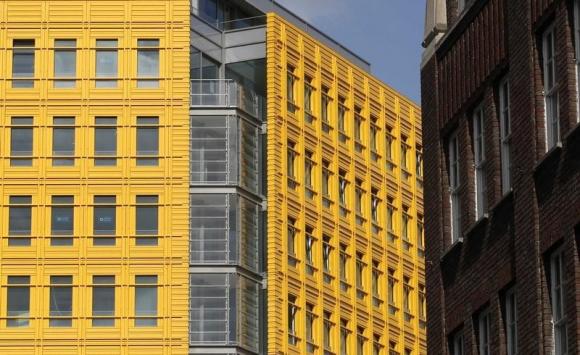 Posted at 15:25h in Barton Wyatt by Editor

London house prices soared 26 percent over the past year in the biggest annual jump since 1987 as the economic recovery and record-low interest rates stoked a boom in one of the world’s most expensive property markets.

The rise, shown in a Nationwide survey on Wednesday, is expected to put pressure on the Bank of England to bring forward its plans to raise interest rates, a move that would be the first tightening by a major central bank since the financial crisis hit.

Across Britain, house prices rose at their fastest rate in over nine years, Nationwide said, while the average London property hit a record 400,000 pounds, or $681,000 for a dollar buyer forced to grapple with rocketing prices and the strongest pound in nearly six years.

Foreign money has poured into London property, seen as an attractive bet by everyone from Russian oligarchs to U.S. technology titans, prompting a domestic scramble for homes that many locals cannot afford without potentially crippling debt.

Bank of England Governor Mark Carney has warned the housing market poses the biggest domestic risk to financial stability and signalled that Britain could be the first major Western economy to tighten monetary policy since the 2008 crisis.

He has also stressed that monetary policy will not be driven by house prices in its capital – and that the central bank does not target house prices or seek to use higher interest rates as its main tool for curbing rising household debt,

But the latest rises raise questions about how long this position can stand.

“I think those sort of indicators mean that it would be sensible to begin the process of gradually withdrawing the exceptional monetary stimulus this year.”

In the three months to June, London house prices were 25.8 percent higher than a year earlier – an annual increase not seen since 1987, a year best remembered in financial circles for the Black Monday stock market crash.

Prices in the British capital are now around 30 percent above their pre-crisis highs and more than twice the level in the rest of Britain, said Robert Gardner, chief economist at mortgage lender Nationwide which collated the data.

Countrywide, house prices rose 1.0 percent in June after a 0.7 percent rise in May, taking the annual rate of increase to 11.8 percent – the biggest since January 2005, according to Nationwide.

That has helped fuel construction. Separate data on Wednesday showed activity in that sector grew in June at its fastest annual pace in four months. Shares in Britain’s biggest housebuilders including Barratt Development (BDEV.L), Persimmon (PSN.L), Berkeley Group (BKGH.L) and Taylor Wimpey (TW.L) are up between 12 and 20 percent in the last 12 months.

Stricter checks on borrowers’ ability to pay back mortgages were introduced in April and have weighed on the approval of home loans. Some fear these could become unaffordable when interest rates eventually rise from a record low.

Further measures announced last week to cool lending and reduce the risk of a bubble were expected to have minimal impact, and analysts said homes were still not being built fast enough to contain price rises.

The BoE has opted for macroprudential measures to tackle the strength in the housing market and says interest rate rises from the 0.5 percent reached in March 2009 are only a last resort for fear that a premature move could derail the recovery.

Further rises in sterling could make London property, which is already far more expensive than any other European property market, less attractive to all but the richest dollar buyers, some analysts said.

The figures underscore the challenge facing the Bank of England as it tries to stop a regional housing boom in London and the southeast from destabilising the rest of the economy.

Last week it said that no more than 15 percent of new mortgages could be to people seeking to borrow over 4.5 times their annual income.

Around 10 percent of loans fall into this category nationally, rising to roughly 20 percent in London. But Nationwide said this cap and new tighter affordability checks were unlikely to slow house price growth in the short run, but that the prospect of higher interest rates might.

It added that the underlying pressure on prices came from a lack of new homes being built – a view shared by the BoE.

Markit’s survey showed construction activity picked up in June but analysts said it was not enough to tackle Britain’s long-term supply shortage problem.

The monthly Markit/CIPS purchasing managers’ index (PMI) for the construction sector rose to 62.6 in June from 60.0 in May, its highest level since February. The survey showed the fastest pace in hiring in the sector since 1997.