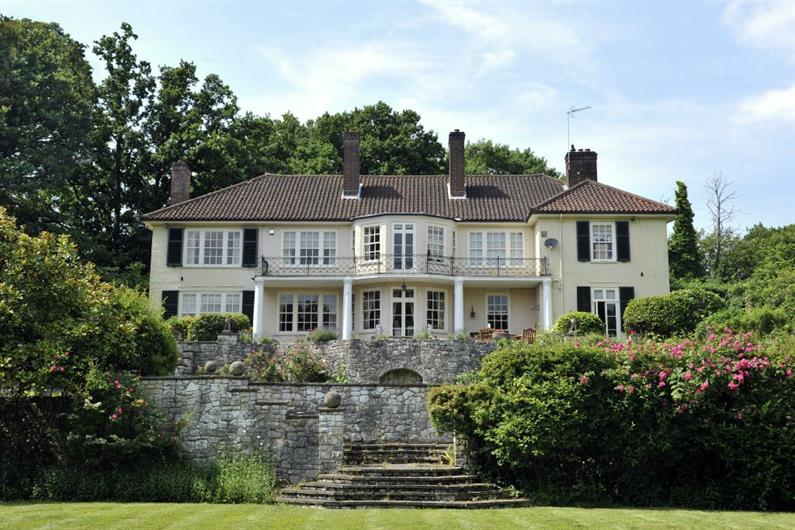 29 Oct Rebuilding Wentworth for a 21st Century Life of Luxury

Posted at 09:50h in Barton Wyatt, Property in Wentworth, Wentworth by Editor

This £6,000,000 house – St Anthony – might look the epitome of classic luxury living in Surrey but sadly it no longer cuts the mustard.  The Georgian colonial house, built almost 100 years ago by W.G. Tarrant, was cutting edge in its time, designed by the son of renowned architect Sir Edward Lutyens. Both inside and out, the house is fascinating with a delightful balustrade balcony over grand columns and the gardens, designed by a leading landscape architect, truly outstanding.

Robert Lutyens was known as a moderniser and was greatly influenced by contemporary trends.  He famously collaborated with his father on Middleton Park for Lady Jersey, (the former Mrs Cary Grant and Chaplin’s muse as the blind flower girl in Limelight) and, under his influence, the house he designed for her was the first in England to have an en-suite bathroom in every bedroom.

Unsurprisingly his talents led him to the Wentworth Estate where W.G. Tarrant was busy crafting a cutting edge private estate for London gents.  Here they could escape the City at the weekend, play a spot of golf and all in the shadow of Windsor Castle and The Great Park where you might get the chance to spot a Royal.

Built in the 1930s, St Anthony would have been marketed as ‘timeless’ but the reality is, in today’s modern world, that there is no such thing as timeless when it comes to property. The house has remained in the same family for 45 years but with the ageing owners recently passing, the house has come onto the market with leading prime local estate agent,Barton Wyatt.

Partner of Barton Wyatt, James Wyatt comments on the prospects for St Anthony:

“The emotional side of me would like this grand old country home to remain as it is and get a massive internal makeover but the realistic part of me knows that this is unlikely to happen.  The renovation cost might be cheaper but a bulldozer and a rebuild will make the new owner, most likely a developer, a great deal more money if they play their cards right.”

The highly coveted land of the Wentworth Estate has around 800 houses dotted alongside the three world-class golf courses.  The entire estate covers over 1,750 acres of land and today there are approximately 40 plots where old style houses are being erased and replaced with new majestic mansions, likely to become homes for Kings, Queens and Oligarchs alike.

Wentworth however is heavily covenanted and this ensures no infilling can take place on what is locally known as ‘The Island’.  Plots that 20 years ago sold for £1m now go for £5m and the houses which sit upon them are being pulled down to make way for yet more brilliantly white, marble, almost castle-like homes that boast as many as 3,000 square meters.

“When you consider that a house of 3,000 square meters will be home to just a handful of people it can make your eyes water but it is a sign of the times for the super rich. House prices in Virginia Water and Wentworth have risen by 25% since the original crash in 2008 and my estimation is that they will continue to soar for quite some time.”

James mulls: “With statistics such as Credit Suisse revealing that the number of global millionaires is on the rise – they suggest that the figure is set to increase by 53% in the next 5 years – why wouldn’t you erase and replace? A multi-millionaire, British, Chinese, Middle Eastern or Russian, will want to buy it.  But I guarantee that by 2030 it will be dismantled again and become a project for another generation.”

For more information on St Anthony or other land plots available in Wentworth contact Barton Wyatt on 01344 843 000 or visit www.bartonwyatt.co.uk.